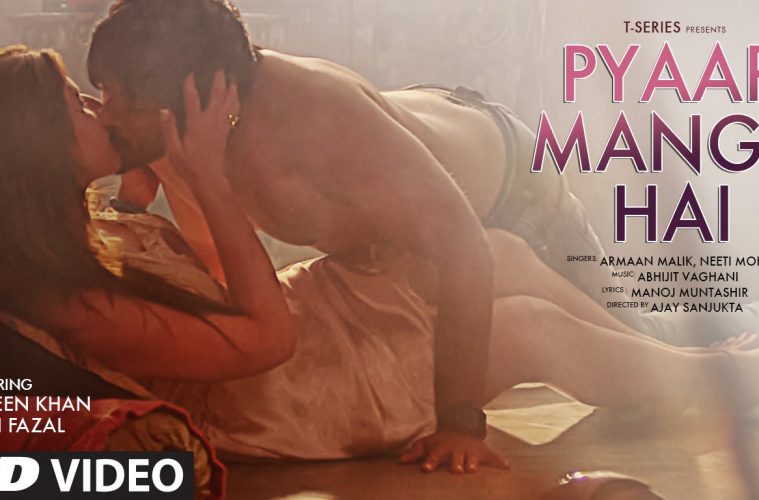 When T-series announced that they are going to recreate the Kishore Kumar classic ‘Pyaar Manga Hai‘, fans were quite excited. When we were told that Ali Fazal and Zareen Khan will revisit the classic in the voice of Armaan Malik, Neeti Mohan, we expected a respectful rendition. But,  the video is very, very different from the original song. This video has the actors play a young couple who seem to bump into couples making out everywhere, so they decide to go all out as well.

It is not wrong for us to say that the video has catered to mass audience which relishes on the s-explicit content on Youtube. The song is nothing but a sleaze fest in the name of a classic. So, it will definitely grab the eyeballs. Ali Fazal’s asthmatic expression and Zareen Khan’s unnecessary fake orgasms have ruined this classic. Nevertheless, this video is a treat for the select audience with voyeuristic taste.