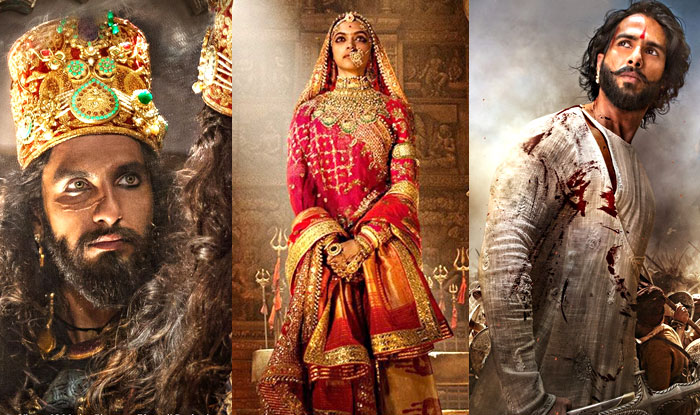 Deepika, Ranveer and Shahid overjoyed with the response for ‘Padmavati’ trailer

Sanjay Leela Bhansali’s period film ‘Padmavati’ broke the internet when it released the trailer on Oct 8. It became the highest viewed trailer in 24 hrs. Praises started to pour in from all corners of the Bollywood for this masterpiece trailer.

Bollywood queen Deepika Padukone, who has played a titular role ‘Padmavati’ has expressed her gratitude for all those who have appreciated the trailer.

The actress features in a powerful role, dressed in intricately embroidered ensembles and bespoke jewellery. She sports a unibrow and captures the attention of viewers with her screen presence.

And as this day comes to an end,I cannot even begin to express the gratitude and joy I feel today!

“I cannot even begin to express the gratitude and joy I feel today. I sometimes wonder, ‘What have I done to deserve so much love and appreciation’… And while I seek, all I can say is a big big thank you.”

Ranveer Singh who is playing Allaudin Khilji wrote an open letter on Twitter, where he thanked everyone, including friends, media and audience for the response.

“Thank you from the bottom of my heart, to each and everyone who has been so generous in effusively showering love and appreciation to our trailer. To witness the avalanche of praise across the board is unprecedented and overwhelming it’s very rare… and very, very humbling,” he wrote.

Shahid Kapoor took to Twitter to express that he was overwhelmed by the response to the trailer.

Overwhelmed by the love pouring in. Humbled and thankful. Love you all #PadmavatiTrailer @FilmPadmavati pic.twitter.com/fTgzIqCfix

The movie ‘Padmavati’ will be out on December 1 to tell the tale of the valour and heroism of the Rajputs.