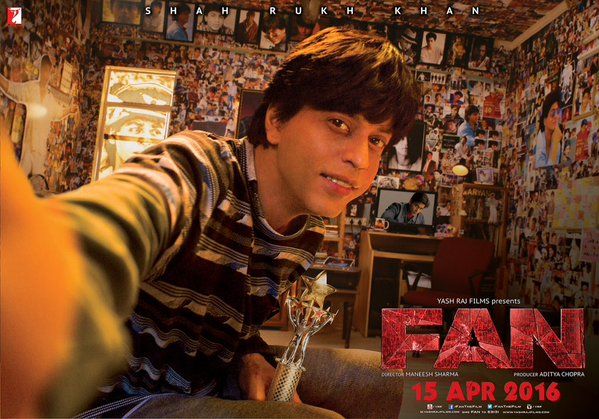 The trailer of the Bollywood Badshah’s Fan has revealed is how far the fan can go to show is undying love and adulation for his idol.

The film is about how Gaurav’s admiration towards his superstar slowly turns into a lethal obsession. We have seen SRK in an obsessed lover’s role in early 90s in Anjaam, Baazigar and Darr. Playing negative character also brought him a lot of appreciation.

Several years later, SRK has gone back to playing an obsessive person, albeit, the role of a fan. The fan not only imitates Aryan’s personality, but is also a dopple-ganger.

The fight and chase sequence between Aryan and Gaurav is definitely a highlight of the trailer. It gives us a glimpse into how it would be if a fan was to go against his ‘god’.

We can say that it is one of the best trailers we have seen in recent times. Do watch the video and let us know your opinion/expectation about it.