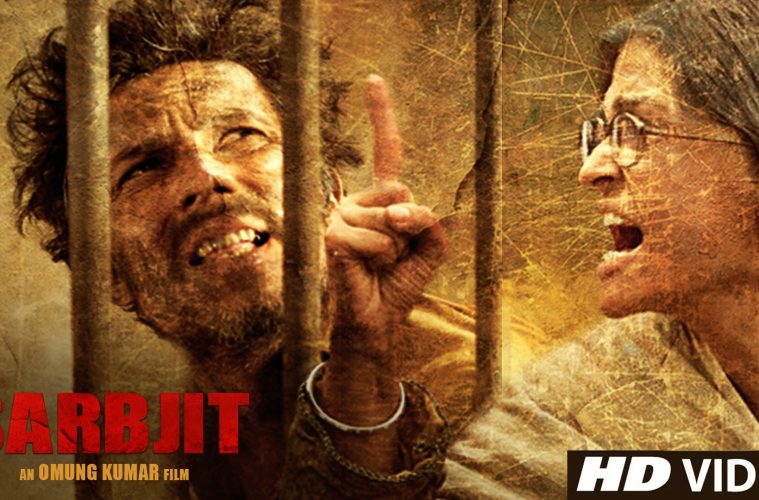 FilmyPundit Verdict: Here Is What The Top Critics Have To Say About The Film “Sarbjit”

Adding to the list of biopic films releasing this year was Sarbjit. Sarbjit is based on the story of a man incarcerated in a Pakistani jail for over two decades, it is also the story of his elder sister who knocked on doors of every government babu so that she can release her brother from his three decades of imprisonment. While this

While the story of the film is powerful and must be told to everyone, let us see what the critics have to say about this cinema.

Read the reviews below:

Indian Express: Aishwarya Rai is all wrong for her part, Randeep Hooda is the only thing worth watching

There is heft in the Sarbjit story. The horror of a human forced to suffer physical and mental torture, and used as a political pawn between India and Pakistan and their see-sawing relations, is wrenching. The family is caught in a terrible cleft, neither able to forget, nor properly mourn. But the treatment is cloying and sentimental, and manipulates you into weeping without actually feeling. A real-life tale which is inherently so full of drama and heart-break has no need to be artificially revved up. But mainstream Bollywood doesn’t know any other way to do things. ‘Sarbjit’ should have been called ‘Dalbir’, because it is Aishwarya doing all the heavy-lifting, but to distressing little impact.

Randeep Hooda is mostly shown inside his dark, fetid cell, his hair filthy, his hands gnarled. He nails the look and the accent, letting neither overpower him, and is the only reason to sit through this sagging saga.

TOI: SARBJIT IS FULL OF HEART – AND HEART-BREAKING!

Randeep Hooda brings Sarbjit to life with utter sweetness – ever-smiling, no bitterness mars Sarbjit’s face. As in 12 Years A Slave, the hope to live and love keeps Sarbjit going, his nails and teeth growing black as he gets an annual bar of soap, cherishing a fragment of moonlight, excitedly washing his rags before his family visits – after 18 years of his imprisonment. Whether he’s eating a sweet, stroking a cat or answering, “Ilzam?” with a bewildered “Pata nahin”, Randeep imbues Sarbjit with beautiful, powerful humanity.

Aishwarya presents Dalbir, fraying, yet growing under strain. There are theatrical moments like Dalbir addressing a Red Fort rally or ticking off fatwa fans in Lahore. In trying to show her strain, Dalbir’s make-up grows too grey, the effort too palpable. But scenes like Dalbir being hit by gunmen of the Punjab CM – who watches with elegant disinterest – move you. Richa plays Sukh with quiet intensity while Darshan plays Sarbjit’s lawyer Awais with a breeziness that’s a tad over the top.

Bollywood Life: Randeep and Aishwarya’s EARNEST performances can’t save the film from SINKING into a whirlpool of melodrama!

Sarbjit’s story is already tragic so unnecessary melodrama and haphazard narrative only spoil the broth. Sarbjit should have been the film that could have brought out issues of human rights being oppressed in favour of political games, but what it turns out to be is a nearly three hours of inconsistent and flawed storytelling. Watch the film purely for the performances, especially Randeep’s and the core plot!

‘Sarbjit is an irresponsibly sloppy film, a film so focused on artless emotional manipulation and trying to make the audience weep, that it trivialises an important true-life story,’ says Raja Sen.

Bollywood Hungama: SARBJIT is a landmark film with great performances and a superbly told narrative but, the entertainment quotient is missing.

Aishwarya Rai Bachchan delivers a performance of a lifetime. Randeep Hooda is outstanding. Richa Chadha never tries to compete with Aishwarya or Randeep but her silence speaks volumes. She makes a solid impact. Darshan Kumaar is effective as the liberal Pakistani lawyer. Ankita Shrivastava as the younger daughter Poonam shows sparks in a scene when she decides to burn all memories of her father. As far as the music is concerned, only short versions of the actual songs are used in the film (which does a world of good to the flow of the narrative) at most places. Kiran Deohans’ camera work captures the essence of the mood and context perfectly. Rajesh Pandey’s editing is good though it could have been slightly more crisper than the final version.

Watch the trailer of the movie here,