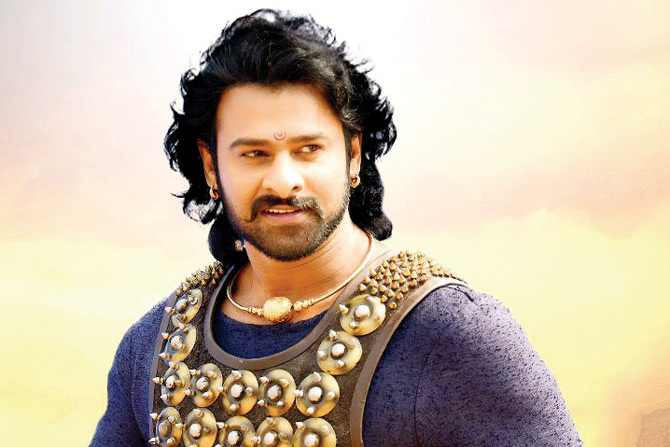 What started off as a mere vision in filmmaker S.S. Rajamouli’s mind in 2012, has today become a phenomenon of sorts in Indian cinema. Actor Prabhas, who invested four years to the two-part “Baahubali” franchise, says he would have happily given more time to the project which he feels fortunate to have been a part of.

After the stupendous success of “Baahubali: The Beginning” in 2015, “Baahubali 2: The Conclusion” has set an unprecedented record for Indian cinema by raking in over Rs 1,500 crore (almost $180 million) worldwide — giving Prabhas a visibility he had never predicted for himself.

“I have my strong faith, respect and belief in Rajamouli sir. The fact that he believed I could play Baahubali was huge for me. If needed, I would have even given seven years of my life for Baahubali, as such characters are rare to play in a lifetime for any actor. I consider myself very fortunate and lucky for it,” Prabhas told IANS over email.

Despite success of both the parts — “Baahubali: The Beginning” and “Baahubali 2: The Conclusion” — Prabhas still feels “unfamiliar” from the project.

“When we started work on ‘Baahubali’, my sheer aim was to be able to live upto the imagination that Rajamouli sir had in mind. As an actor, my intention was to bring up Baahubali live on screen for the audiences. I never even expected in my wildest of dreams that the film would grow on to become a phenomenon of sorts. The feeling is ineffable today,” he said.

Prabhas says the pressure was more on him and the whole team of “Baahubali” when they were making the first part as it established the film right from the start.

“Everything had to be faultless in order to make ‘Baahubali’ what it is today. Reaching perfection, giving the film the kind of grandeur it has, the VFX, and the characters — all these elements set just the right environment for the film. Part two was eagerly awaited because part one really worked for the audiences,” he said.

“‘Baahubali’ has definitely increased hopes for a lot of regional film makers. After all, what I have learnt is that it only takes one ‘Baahubali’ to enter into the audiences’ hearts and cross the boundaries,” he added.

Talking about his preparations for his role, Prabhas said: “A character like Baahubali required a preparation that I had to undergo mentally and physically. From undertaking a strict routine and a lifestyle which helped me become the character physically to knowing the character’s depth and a lot more.

“What was more of a task was to maintain a consistency of the character and playing the father-son duo. To understand the emotions and sentiments from a father and son’s perspective and enacting both sides of it wasn’t easy,” added Prabhas, who played a double role of Amarendra Baahubali and his son Mahendra Baahubali in the franchise.

The 37-year-old, who started his career with Telugu film “Eeshwar” in 2002, says acting was not his childhood dream.

“I never thought I will pursue acting because I was a shy person. Around the age of 18 or 19 it struck me that I want to be an actor. I told my dad (producer Uppalapati Surya Narayana Raju) and uncle about it, they felt very happy,” Prabhas said.

“As an actor, ‘Baahubali’ has given me so much that I can’t explain in words. It’s a character that will always be a part of me,” he added.

While the “Baahubali 2: The Conclusion” hangover doesn’t seem to sober down at the box office anytime soon, Prabhas is now gearing up for his next project “Saaho”, to be directed by Sujeeth.

“‘Saaho’ is my next project. It’s a present day film, and it would be releasing in three languages — Hindi, Tamil and Telugu. I have started preparing for my character. We would be starting the shoot shortly,” Prabhas concluded.

(Sandeep Sharma can be contacted at sandeep.s@ians.in)