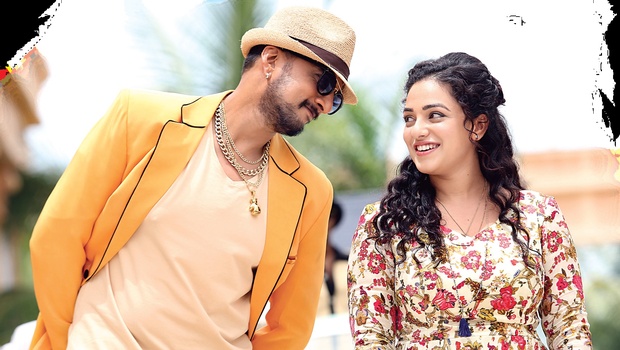 Kichcha Sudeep and Nithya Menen are seen together on the screen for the first time in Kotigobba 2. The film is slated for release later this year. And it seems like the chemistry of two lead actors is working well. Nithya, in an interview recently called Sudeep one of her better friends in the industry.

And it seems like Nithya might just even cast Sudeep in a film she might direct if all goes well. Nithya recently stated in an interview that every time she sees Sudeep, she is inspired to write a character for him. She further added that she usually don’t feel this way about other actors. She added that he motivates a person to set out on their own and that she even narrated two to three short stories she has written and he encouraged her to try making a film and said that he would be part of it.

Well, if everything goes fine, we might see Kichcha Sudeep in a Nithya Menen film!

Watch the trailer of Kotigobba 2 below