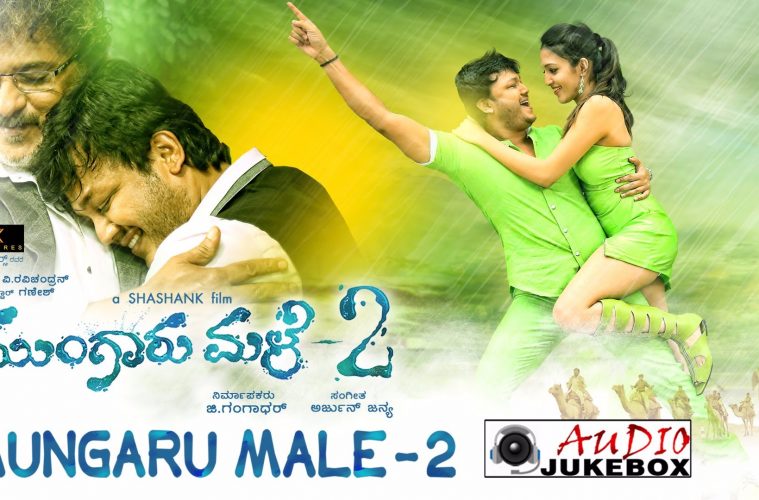 In 2006, when Mungaru Male got released, it created a sensation all over Karnataka. The majority share of its success must be attributed to its music. Sonu Nigam’s romantic numbers still reverberate in the ears of the Kannadiga. So, obviously, we can imagine the pressure on Music Director Arjun Janya while creating music for its sequel Mungaru Male-2. We must say that Arjun has done exceedingly well to meet the expectations set by the first film.

The first track from the album is the romantic number Sariyagi Nenapide written by Jayanth Kaikini. Crooned by Armaan Malik, the heart-warming romantic number has great chances to be a crowd pleaser. The lyrics remind us of the Mungaru Male hit song Anisutide Yako indu. This will appeal to all the romantics.

Neenu Irade is a romantic duet sung by Armaan Malik and Anuradha Bhat. The lyrics are written by Kaviraj. It has a good variation when it comes to the beats and is enjoyable. This will definitely go into your playlist.

Shreya Ghoshal is earnest and her voice is the track’s strong point with the impact of her honey sweet crooning. The lyrics of this song is written by Shashank and is meaningful. We cannot deny that a shade of Shreya Ghoshal’s popular Hindi songs creep into this tune once in a while.

Onte Song is an enthusiastic number sung by Armaan Malik, Swaroop Khan and Shreya Ghoshal. We doubt whether it will make into your playlist but it is definitely listenable once in a while on the radio. The lyrics of this song is written by Gopi Iyengar.

Will a Mungaru Male 2 music album be complete without a Sonu Nigam Number? This is another beautiful romantic track written by Jayanth Kaikini. It misses the streak of brilliance but is worth listening to once.

My Daddy seems like an unnecessary addition to the album. But we don’t know the relevance of this track in the film. Penned by Kannada rapper Chandan Shetty and sung by Benny Dayal, this song is peppy but there is nothing new to offer in it.

Then there is a trap song and a mashup of all songs in the jukebox. Mungaru Male 2 stars Golden Star Ganesh, Ravichandran, Neha Shetty, Aindrita Ray and comedian Sadhu Kokila. It is expected to be released later this year.

Listen to Mungaru Male 2 songs below –