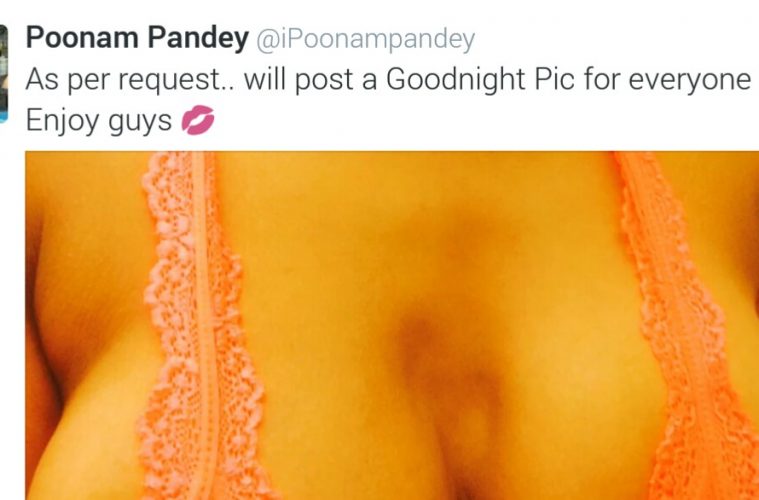 OMG! You should not miss this selfie of Poonam Pandey!

Everybody knows that nobody can beat Poonam Pandey when it comes to posting raunchy selfies. She almost breaks the internet every time she posts such selfies.

This one photo which she posted after India’s defeat against West Indies in the WT20 semi-final is the one you shouldn’t miss if you are her fan. Even though India lost, she posted this photo to console Indian cricket fans.

We bet that this is her raunchiest photo you have ever seen of her!

As per request.. will post a Goodnight Pic for everyone !! Enjoy guys 💋 pic.twitter.com/N3A7aax5sB