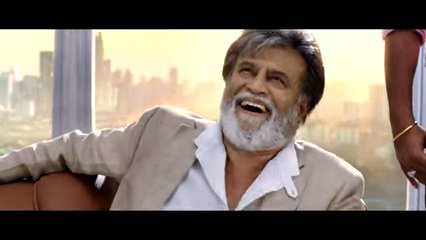 Rajnikanth’s Kabali gets a Tax exemption! Fans excited for the release

The most awaited film of the year, Kabali is all set to release on July, 22. The film has now availed the tax exemption from the Tamil Nadu government. This is bit surprising because usually, films with patriotic or message to the society get tax exemption. But Kabali is a gangster movie. Recently, the movie received “U” certificate from the censor board.

The fans are all excited for this Superstar Rajnikanth film. The craze is so much that, some companies Bengaluru and Chennai has given an off on Friday for its employees. The tickets are already sold out in many theaters of Chennai, Bengaluru, and in US. It will be shown in 5000+ screens worldwide in Tamil, Telugu,Hindi and Malay. In fact, it is the first Indian film to get released in the Malay language.

And now this tax exemption would add to the box office collections. The filmmakers were hoping for a 15% exemption since the film got cleared with “U” certificate.  But, the TN government offered 30% tax exemption. So, this will come as a big relief for the theater owners and distributors.

The makers have not even released a full-fledged trailer of the movie. They have only released a teaser. Apart from Rajnikanth, the film also features 3 strong woman characters. Radhika Apte, who plays Kabali’s wife. Dhansika, who plays his daughter and Rithvika as a lady don.

Are you going to watch this movie? Tell us below in the comment section.