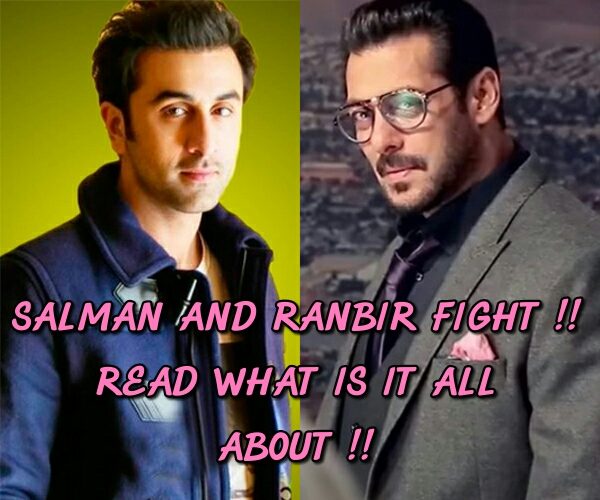 “Ranbir Kapoor Clashes with Salman Khan! Bollywood witnesses one of the rarest battles as it unleashes during Eid

Sanju baba is a living legend in Bollywood. And ever since the Ranbir Kapoor starrer Sanjay Dutt biopic made the first buzz it has been in news.

Every single aspect of the movie goes viral. The movie shooting started in January 2017 and it is anticipated to release in December 2017. But to avoid the clash with the Salman khan starrer Tiger Zinda Hai, the movie release was pushed to March 2018. If everything goes well the Ranbeer Kapoor starrer will clash again with Salman’s Eid release, a dance based movie directed by Rajkumar Hirani and Remo D’Souza.

It is an unwrittern rule that the Eid usually belongs to Salman Khan in Bollywood. However this year it didn’t turn out to be a blockbuster, courtesy the under performance of Tubelight, may be that’s what motivated the makers of Sanjay Dutt’s biopic to take on Salman Khan at the box office during Eid next year. While it’s still a report the official announcement is yet to be made, so we’ll know the real picture then.

If everything goes the way it looks like now, we are all set for an epic battle in the EID 2017.