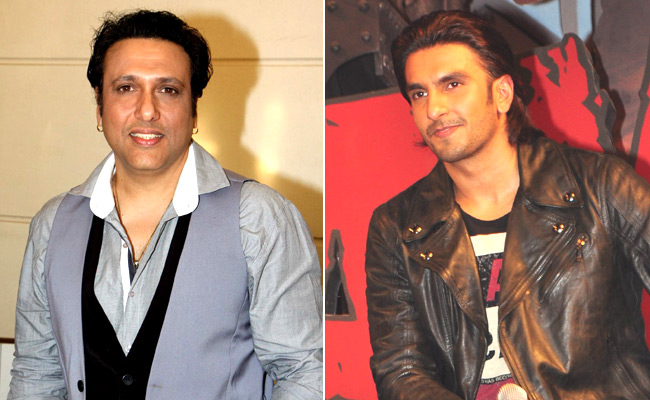 Ranveer is the best actor among the current generation: Govinda

Ranveer Singh is a heartthrob in the Bollywood for some time now. And recently, Veteran actor Govinda said that he found Ranveer to be the best among the current generation of actors.

“Among the current crop of actors, Ranveer Singh is my favourite. He is the best among the whole lot and is very hard-working. After Akshay Kumar, he is the most hard-working guy in the industry. I feel that he chooses cinema, not films, which is working in his favour. Other youngsters are doing films, which doesn’t work,” Govinda said.

Govinda further said how he found most of the actors running short of either a glamorous face or a good body.

“Only the six and eight-pack abs are visible now. Unke chehre toh choose hue aam jaise hai. I am not kidding. Frankly speaking, earlier the faces had glamour. I don’t find any of the actors looking like Dharmendra now. Those who have a good physique have drained out faces, while those with faces don’t have the body. Only Salman Khan and Akshay Kumar are the exceptions,” he added.

Ranveer, you sure as hell have qualified in both terms!