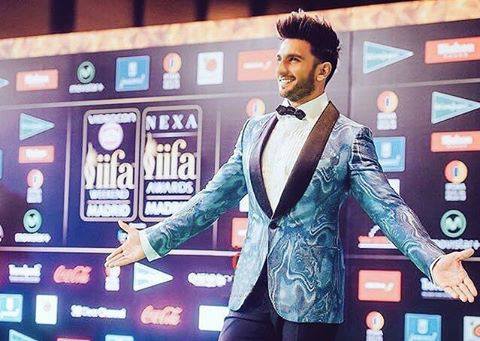 Ranveer Singh Gets A Surprise Gift From His Fans On His Birthday! Find Out What

The ever energetic Ranveer Singh celebrated his 31st birthday on July 6th. As you all know, he enjoys a huge fandom and is a darling of masses. His fans celebrated his birthday in a unique way by running a mini-campaign, where each one got their names registered in a twibbon format on Twitter.

And today, Ranveer Singh received a hoodie as a surprise gift from his fans! It has a caption ‘Living the dream’ in the front, which is incidentally his intro in Facebook and Instagram. And in the backside, there is huge 31 digit written on it which is nothing but the names of his fans who participated in the campaign. How cute it is!

The actor took to Twitter to express his thanks to his fans. He tweeted the picture of him wearing the hoodie with the caption ‘My favourite hoodie’. This is indeed a brilliant gift for an actor like Ranveer Singh, who lives and swears by his fans.