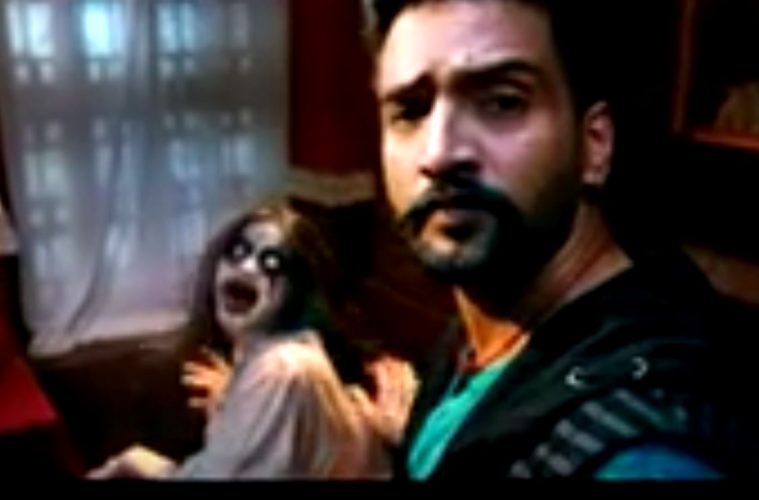 Santhanam’s Dhilluku Dhuddu Teaser Reveals That This Horror Spoof Is A Laugh Riot!

The ace Tollywood comedian Santhanam is back as a hero with Dhilluku Dhuddu film. The first teaser was unveiled recently and is quite hilarious.

From the teaser, we can make out that Santhanam is a rogue guy who runs in trouble with cops and lives life on the edge. He is in love with Shanaya, a rich man’s daughter. However, the girl’s father doesn’t approve and decides to beat him up. But when it becomes clear that Santhanam cannot be intimidated, he decides to spook him. So the entire plot seems to be about how Santhanam deals with the false haunting and discovers real ghosts in the process.

Watch the teaser below and enjoy!