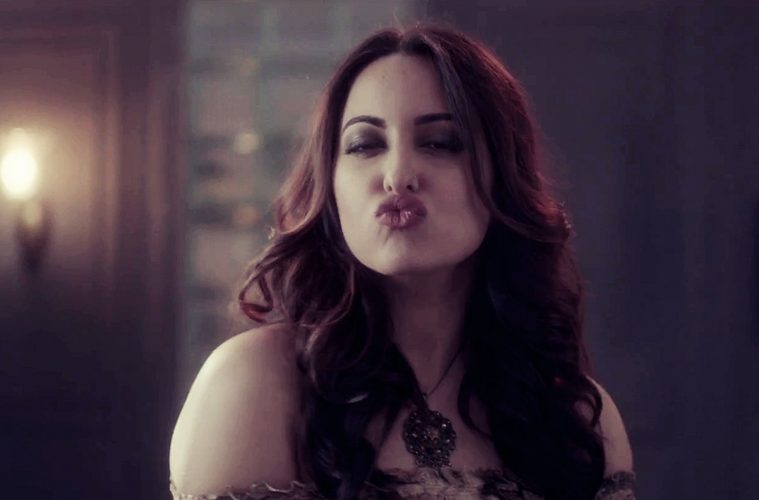 Onscreen kisses are not a big thing in the Bollywood these days as it used to be earlier. Every newcomer actresses do it with ease according to the script demand. Even the actresses of South film industry does it when it comes to a Bollywood film. But, star kid, Sonakshi Sinha is an exception. She is one of the few actresses who does not kiss onscreen.

While asked about this, Sonakshi Sinha told the Indian Express that she has inhibitions regarding kissing.

“Obviously there are inhibitions. That’s why I don’t do it in my films.”

Sonakshi Sinha will be seen in an action-packed female-centric movie Akira. The film directed by A R Murgadoss is all set to be released on September 2. In the movie, Sonakshi is seen doing some daredevil stunts and kicking some asses.

When asked about the trend followed by Bollywood actresses fighting in the film like in Hollywood. She said,

“First of all I would like to take that as a compliment. To get compared with Hollywood is a big thing for me. I am happy that I have got noticed for my hard work. I went through a lot of physical training for this film as doing action, applying punches and kicking high is not an easy thing. You have to be fit and only then can you do such things. Also, actresses don’t get a chance to showcase their abilities and action in Bollywood. In Hollywood, they give actresses opportunities to do action and other stuff. I hope with Akira, actresses in Bollywood would start getting action roles and perform stunts.”

We wish Sonakshi, all the best for her upcoming movie.