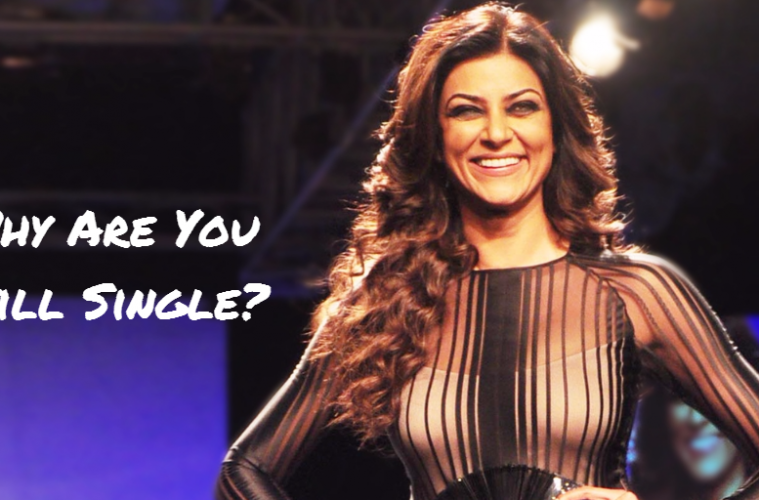 Sushmita Sen FINALLY answers why she is still SINGLE!

If there is one question that Sushmita Sen can expect in any interview is about her relationship status. This has become so predictable that in a recent event when a journalist started to ask the same question, Sushmita stopped him in the middle and guessed the question as –

Why are you still single?

Ms. Sen answered this question in the sassiest way.

Aap do aise log se sawaal kar rahe ho, who celebrate being single. They’re not single because they didn’t find anyone. They did that by choice and GO Salman, GO Sush!

By saying “two such people” she was referring Salman Khan, who also faces the same question in every single event!

Watch the video of her statement below-

We don’t know when the people will stop asking this question for these two celebs.