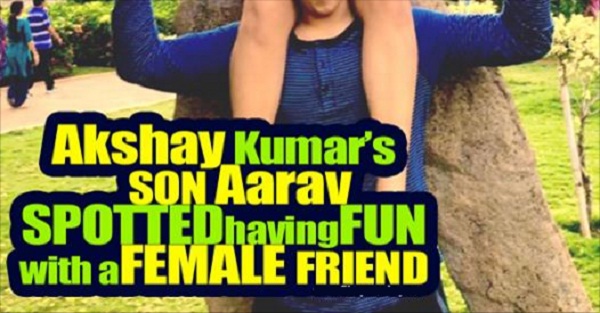 Akshay Kumar’s son Aarav Kumar, a karate champ is often spotted at events with Akshay and Twinkle and even grand mother Dimple Kapadia

The 13 years old teenager is no less popular among his female fans than Shah Rukh Khan’s son Aryan Khan. The only difference is that Aarav doesn’t like to be open about it whereas Aryan loves to flaunt it all.

Here’s a picture we stumbled on and it compeletly surprised us! Hardly have we seen Aarav caught in fun moments and this one takes the cake altogether.

Aarav is carrying his female friend on his shoulder and displays his strength through expression and showing off his arms too. The pretty girl sitting on Aarav’s shoulder also does the strength display with the same pose.

The Khiladi Kumar’s son looks just too good and it is also evident that the otherwise looking quite kid is actually a rocking teenager! 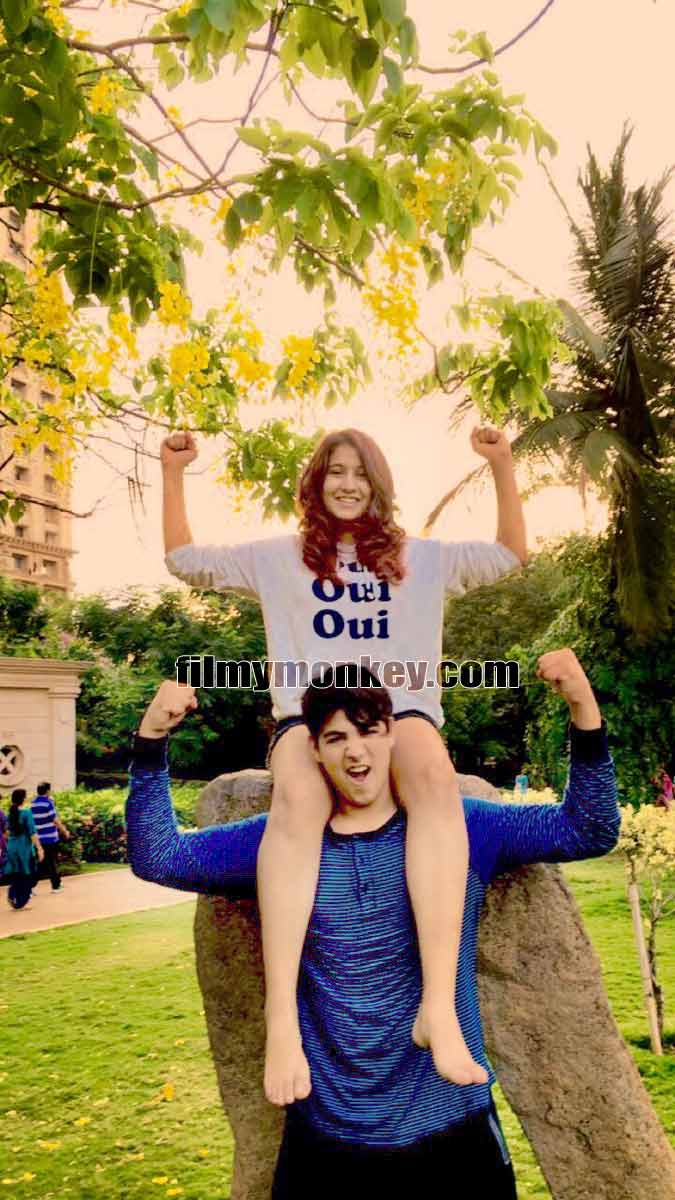