10 days after a harrowing experience of molestation, the Malayalam actress Bhavana has spoken up for the first time on Instagram.

“Life has knocked me down a few times. It showed me things I never wanted to see. I experienced sadness and failures. But one thing for sure, I always get up.”

Actress Bhavana was abducted and molested in her own car. Six men hatched this plan, including her driver and drove around molesting her, taking pics of her. The intention was to blackmail her, but little did they who were up against.

She immediately filed the complaint despite undergoing such a shock. She received support from all the corners. The film fraternity lauded her for her courage. Mohanlal, Prithviraj, Dulquer Salman, Manju Warrier, Nivin Pauly were among the prominent actors who protested against the incident. 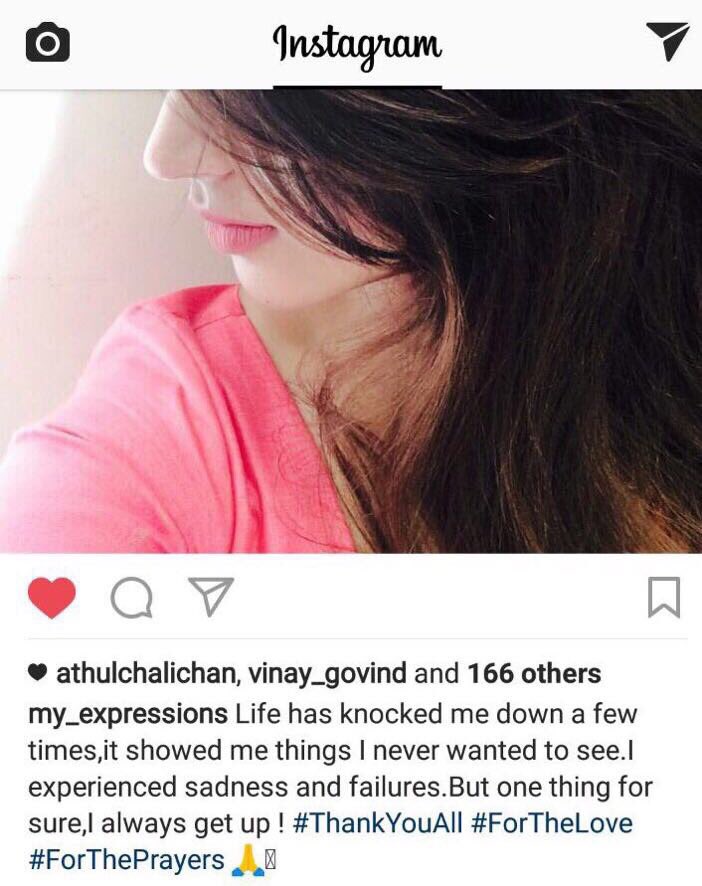 Now, after 10 days, she is back to work. We are amazed and in awe of this woman who inspires us, who makes us believe us that there are rockstars out there who never let anything get to them.

She is currently part of the project Adam with Prithviraj. More power to you Bhavana!