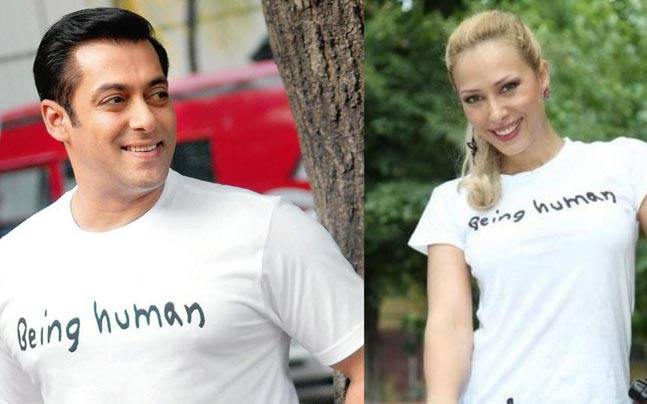 Salman Khan wants to MARRY Lulia Vantur on THIS date!

Salman Khan and Lulia Vantur‘s marriage rumours have been doing the rounds since some time now. And finally, it looks like they will lock their decision to get married soon. According to Mumbai Mirror, at a party hosted by Salman Khan at his house, he announced that that he would love to marry Lulia (who was also present) on his parents’ 52nd wedding anniversary which falls on 18th November. Here’s what a source present at the party told the publication –

He further stated that it will be a quiet ceremony and only 15-20 people will be present for the nuptials. At the party too, it was evident that not just Salman but even his family adores Lulia.

The source also added that the couple often spends their time together painting at Salman’s farmhouse in Karjat. And also, it looks like the two are getting married because Lulia’s work visa expires in November. Due to her difficulty in getting it renewed, it seems that Salman has decided to put a ring on it so that she doesn’t have to go back to Romania every now and then!