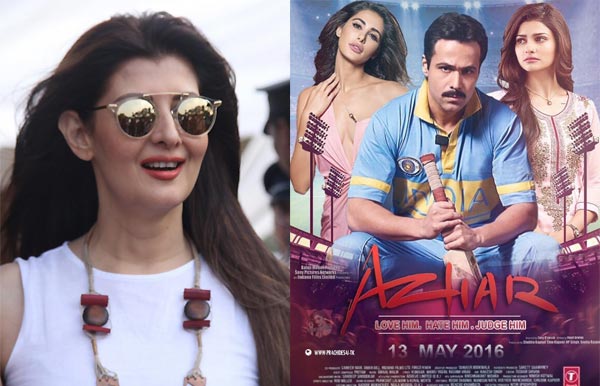 Sangeeta Bijlani to sue the makers of the biopic “Azhar”?

The film Azhar is running into controversies even before its release on May 13. The film starring Emraan Hashmi, Prachi Desai and Nargis Fakhri is based on the life story of the former Indian Captain Mohammed Azharuddin. Azhar’s life was marred with controversies and now it seems like the film based on his life is also attracting controversies.

This time, it is from former glam actress Sangeeta Bijlani. As everyone knows, Sangeeta was the second wife of Azhar and is an important part of his life history. But she is concerned about her portrayal as a family breaker in the film. Nargis Fakhri plays her role in the film.

It is been reported that if Sangeeta finds that she is been portrayed in a bad light in the film, she is going to sue the makers. Sources close to her said that she is very unhappy about the film as it has brought some bad memories of her life back.