Kendall Jenner recently celebrated her 21st birthday with a grand party. She wore a shiny, slinky, cowl neck dress which Paris Hilton donned once. Very little was left to the imagination, when this supermodel wore  custom LaBourjoisie dress.

She posted a photo of herself with the caption; “vintage Paris Hilton Vibes”. The dress was gleaming with Swarovski crystals which was apparently worth 9,000 dollars!

Paris Hilton too wore a similar dress during her 21st birthday. Her look was complete with plunging necklines, chokers and the sexiness of being totally backless.

Kendall’s choice of this dress doesn’t look like an accident as proved by her caption! 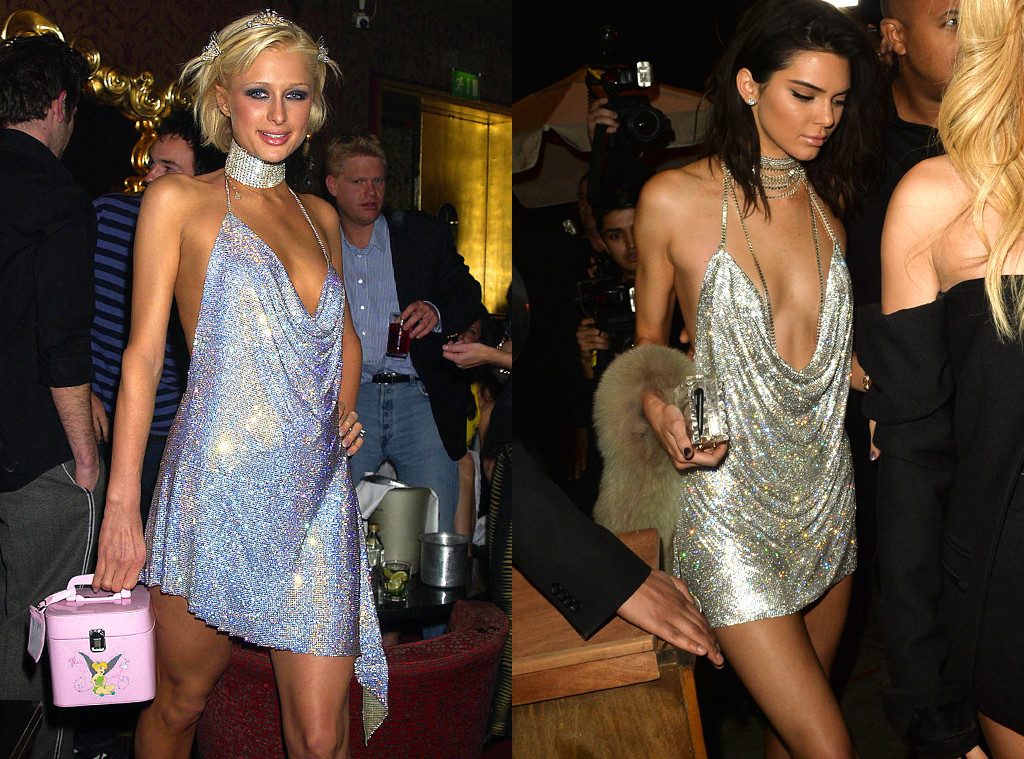 Who do you guys think wore it better? Comment below and let us know.