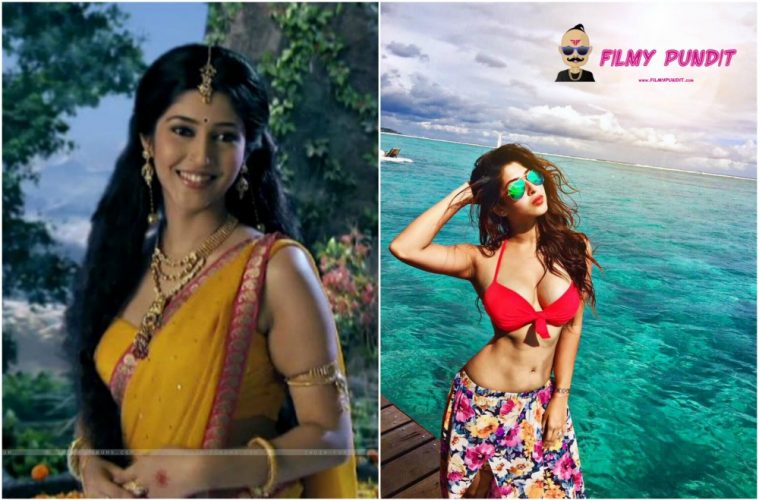 Actress Sonarika Bhadoria is known for her role as Goddess Parvati Adishakti in superhit Devon Ke Dev Mahadev serial. Little did she know that posting her vacation pics on her Instagram account would irk her fans.

Sonarika shared photos of her wearing bikini on the social media in which she looked RED HOT! Check the pics below-

"What will it light up If the morning sun cannot Land upon your skin?"

More than you may know, you are completely perfect. I wish you saw that. #selflove As soon as she posted these pics, she started receiving mixed reactions from fans. Many bashed her for wearing ‘revealing dress’. She failed to understand that the fans were so used to seeing her on the television portraying the mythological character that they could not handle seeing the actress flaunting skin. So, she deleted the photos and posted a message to her fans-

The actress claimed she could not deal with the negativity, cursing, and shaming that came her way. She said that she is not mature enough to deal with so much of negativity from people. She was taken aback by people’s reaction when they bombarded her with hate messages. She said it was shocking to know that how people could react so strongly to a couple of bikini pictures. But, then she deleted this message and started sharing her pics again much to the delight of her true fans!!

Tell us what you think of her photos in the comment section below.