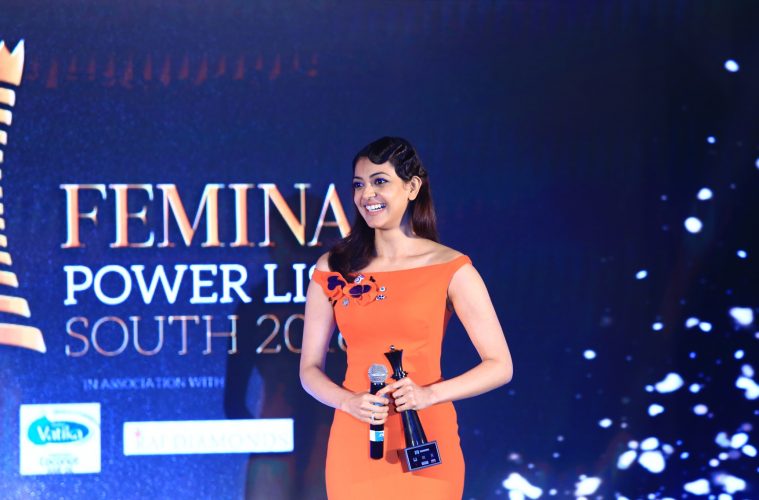 Femina, the leading women’s brand in the country has always stood for and celebrated the extraordinary prowess of women, while succeeding to connect with the Indian woman, in every area of her life. The Femina Powerlist South 2016, in association with Dabur Vatika and Raj Diamonds felicitated ten of the most powerful women achievers from the south. The event was held on 24th July, 2016 at Taj Vivanta. 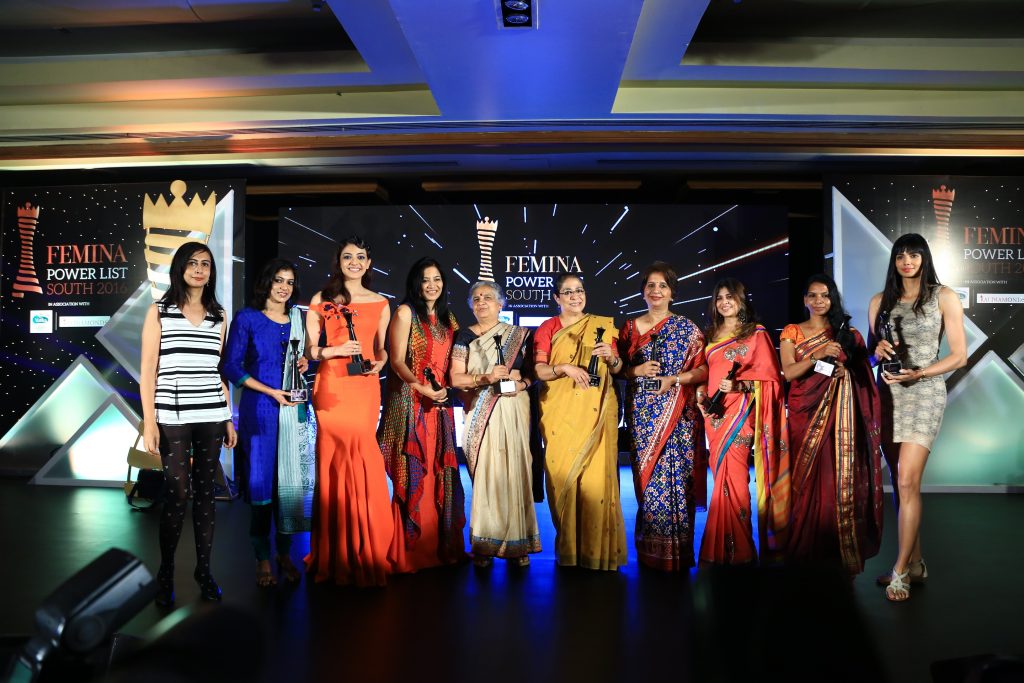 Dedicated to the phenomenal strength of women, the evening honored their remarkable contribution in their respective fields. The awards ceremony witnessed Sharmila Nicollet, who represented the country in Golf at the age of 13, Anjum Hasan, winner of Sahitya Akademi Award (2006) for her book of poems- Street on the Hill, Kajal Aggarwal– the successful actress who have worked in three film industries–Telugu, Tamil and Hindi, Deepika Govind, a veteran in the fashion industry, Sudha Murty, the chairperson of the Infosys Foundation, Nirupama Rao, an IFS officer of the 1973 batch she rose through the ranks to hold some of the most important positions in Foreign Service including Indian Foreign Secretary for two years from 2009 to 2011, Kutti Revathi, an revolutionary, a feminist, an activist, a poet and a lyricist, Elahe Hiptoola, entrepreneur, producer and actress, Hema Maiyya, an entrepreneur and Arundathi Nag, a well-known film actor and theatre personality etch their names as the winners of ‘Femina Powerlist South 2016. Adding a dash of entertainment to the ceremony, stand-up comedian Sundeep Rao and singer Hema Nayank enthralled audiences with their respective performances.

Speaking about the event, Tanya Chaitanya, the Editor of Femina said “Femina’s tryst with powerful women forms the core of the brand. To acknowledge their achievements, to applaud their efforts and to reach out their message is a task Femina is deeply invested in. In order to introduce powerful women role models to today’s generation, our Powerlist awards scour regions and pick out achievers from all walks of life. Femina Powerlist South 2016 tips its hat to women influencers who make us believe that power is just a strong will away.”

Femina Powerlist is an initiative to bring together women from different backgrounds to share their stories of inspiration, and pave the way for women empowerment. Femina in the past has already felicitated the women of North India and Maharashtra with Femina Powerlist in those respective regions.

Commenting on the achievement, actress Kajal Aggarwal said, “I feel extremely honored to be sharing this prestigious recognition with 9 other remarkable women achievers in their respective fields. Femina has always gunned for women power through their various initiatives and it feels immensely gratifying to have made it in their list of women achievers.

With inputs from Worldwide Media