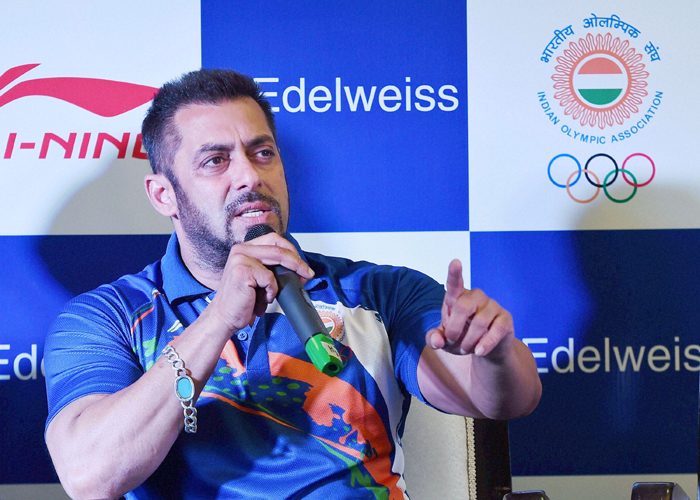 Everybody knows that ‘Bhai’ Salman Khan is a man with a golden heart. He has proved it once again by announcing that he is giving Rs. 1,01,000 to the Indian Olympic athletes. He said that it is his gesture of appreciation for the efforts of the athletes.

We would like to remind the readers that Salman Khan is a goodwill ambassador of India for Rio Olympics. The actor took to his Twitter account to make this announcement in the series of tweets. He also said that the current government is very supportive of sports and that we should also do our part to encourage sports in the nation.

Read his tweets below-

As a gesture of appreciation for our Olympic athletes, I will present each one with a cheque of Rs1,01,000.

The government is very supportive of sports . Each of us can also do our bit to encourage a sports nation .

I admire the work that Olympic Gold Quest (OGQ) is doing to shape tmrw's champions .

And also companies like Edelweiss, Jio and others who have come forward to support the Olympics.

India, this time, has sent the highest contingent of 118 athletes to Rio. However, India is still in hopes of receiving its first medal. And Salman’s announcement of the reward will definitely boost the morale of the athletes.