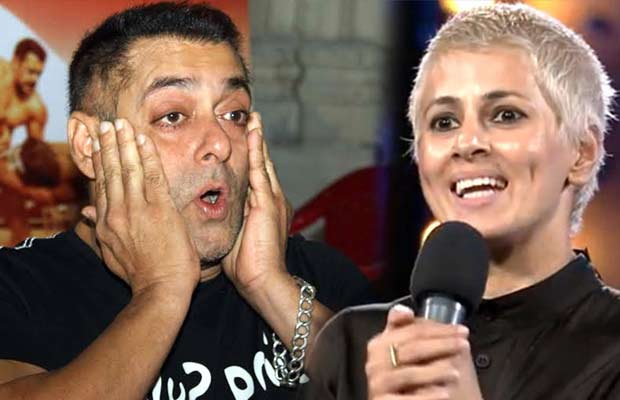 Sapna Moti Bhavnani entered Indian TV scenario through Bigg Boss. Since then she has hogged the limelight for her fierce and unapologetic statements. Recently, she did an interview with Hindustan Times about her upcoming book Chapter One.

She talked about various issues including Salman Khan and her experience in Bigg Boss.

Here is what she said about it –

“(It was a) fuck all experience. You have a male chauvinistic fucking pig (Salman Khan) as a host of this fucking show, that insults people, so people watch the show, and people worship him on the show because people want a job in one of his stupid fuck all movies where he dances like a monkey – that’s Big Boss in a nutshell.”

On Salman Khan’s rape statement and the trolling, she faced on the social media-

“It’s insulting to have an Indian man talk like that on an international platform. I am embarrassed to call myself an Indian when statements like these go out worldwide. I was very vocal about it on Twitter, and everywhere. I got a lot of flak for it, but flak or stalkers and trollers should not be the reason why you should stop voicing the truth.

It’s (comments on Twitter) insane if you read some of the crap that was written… you’d know. Before I started blocking them, I was reporting them to Twitter, my point is to get them off Twitter, but when twitter was also not taking necessary action, I had to block them, because I couldn’t let them affect my mental health. These guys are hired by the Khan and political parties… these people have zero followers, but every day they come to slam you.”

Well! That’s some serious flak on Salman Khan. Don’t know how his fans will react to her statements. Do tell us what do you think about her statement in the comment section below.