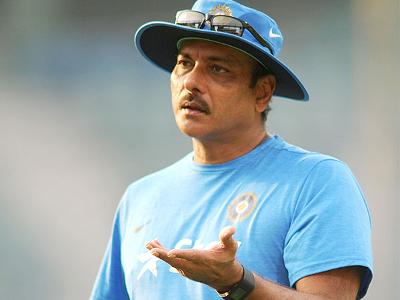 Ravi Shastri is upset about film Azhar! Here’s Why!

It seems like there is no end for the controversies courted by the film Azhar based on the life of controversial cricketer Mohammad Azharuddin. After Sangeeta Bijlani and Manoj Prabhakar, now Ravi Shastri gets irked about the portrayal of his character in the film.

If reports are to be believed, Ravi Shastri has expressed his displeasure to the Cricket Association about the film where he is shown as a womanizer. Even Shastri’s family has expressed their shock because, in one of the scenes, Ravi Shastri is shown cosying up with an actress in a hotel room where his wife is looking for him. Gautam Gulati has played the role of Ravi Shastri in the film. This film looks like Azharuddin’s way of taking revenge with his fellow cricketers. When the sting operation had happened, back in the day, Ravi Shastri had said a number of things against Azharuddin.