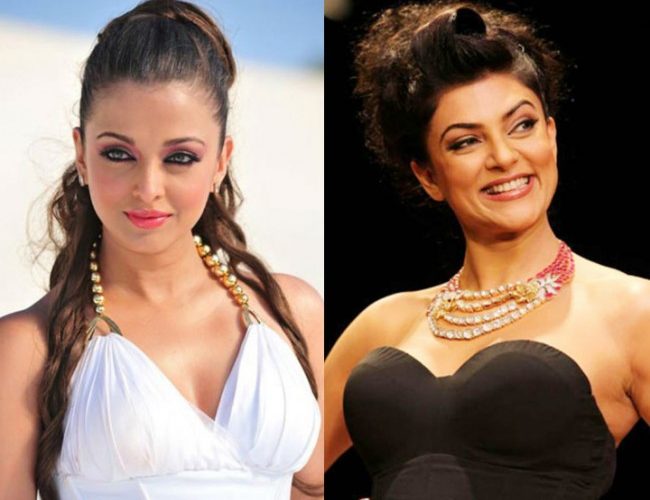 Did you know how Sushmita Sen beat Aishwarya Rai at Miss India 1994?

It was January 16, 1994 in Goa when the history of ‘Miss India’ turned golden in India. Sushmita Sen won the coveted title of Miss India 1994 and Aishwarya Rai was crowned Miss India 1994 first runner-up. The two represented the country and won the coveted titles at Miss Universe and Miss World. Though Aishwarya Rai was a known model and also a favourite contestant of the judges in the 1994 Miss India pageant, Sushmita was relatively new to the circuit. When the name of the winner was announced, speculations started as to what made Aishwarya Rai lose the game to Sushmita? Let us revisit the history pages here!

After the final Q&A round with the final five contestants, there was a tie between Aishwarya Rai and Sushmita Sen for the first time in 29 years of history at Miss India. Both Aishwarya and Sushmita scored 9.33 after the Q&A round and judges had to ask another question from each of the top 5 contestants to decide the final winner.

Want to know the final Q&A of Aishwarya Rai and Sushmita Sen? We bring back the memories to you right here!

Question asked to Aishwarya Rai during the tie-breaker round at Femina Miss India 1994:

Q: If you have to look for qualities in a husband, would you look for the qualities in Ridge Forrester from Bold & Beautiful or in Mason Capwell from Santa Barbara?
A: In Mason. Though they do share a lot in common, from what we get to see, Mason does have a very caring side to him and a terrific sense of humour. And that really gels with my character.
(Aishwarya scored an average of 9.39 on this answer)

Question asked to Sushmita Sen during the tie-breaker round at Femina Miss India 1994:

Q: What do you know about the textile heritage of your country and how old has it been?
A:I think it all started with Mahatma Gandhi’s Khadi. It has gone a long way since then but the basics of Indian textile heritage has been from there.
(Sushmita scored an average of 9.41 on this answer)

Wrting about the backstage reaction of Aishwarya Rai after being announced as Miss India World, Mehroo Mistry, who was among the top 10 finalists at the pageant that year, wrote on her blog:

After that the Miss India World winner was announced. We all held our breath and were completely shocked when Aishwarya’s name was called. It took us a whole minute to realise that she was not the winner of the big crown after all. The Miss India Universe 1994 is Miss Sushmita Sen! The drama wasn’t over yet as minutes later a tearful Aishwarya came running to the dressing room and was soon surrounded by her bunch of professional friends ready to console her.