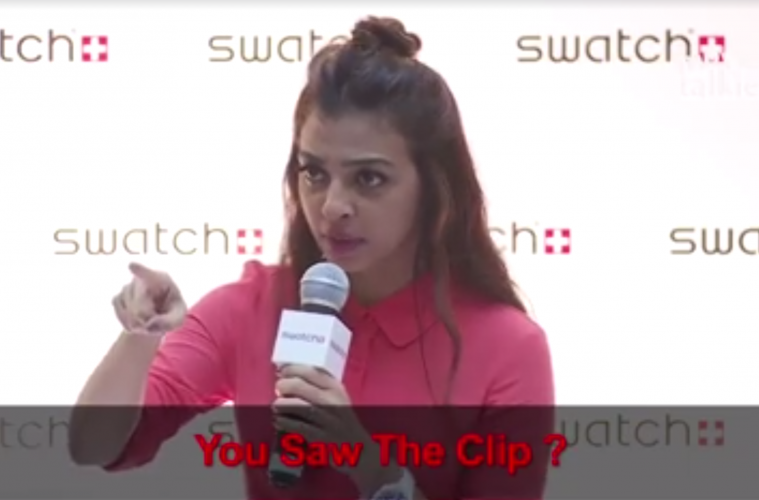 Radhika Apte shuts down a reporter for asking about her ‘leaked’ scene!

We have seen how Radhika Apte has become controversy’s favorite child on more than two occasions. Recently, her naked scene from the film ‘Parched’ got leaked before it’s release and created controversy. So, obviously, she is bombarded with the same question whenever she meets the press.

Such incident occurred in a recent press meet in Mumbai, a reporter asked “Was creating such controversies and doing bold scenes was necessary to become successful?”. Radhika lost her cool and thrashed the reporter for his regressive mindset.

She said, “Sorry, but your question is very ridiculous. Controversies are made by the people like you. You saw the clip, you shared with other people”. She was literally fuming while saying, “I am an artist, if I am required to do a certain job then I will do it. If you get out of your cocoon and look at world cinema and what people are doing abroad, what people are successfully doing, who are not ashamed of their bodies, you’ll probably not ask me this question.”

She asked the same journalist, “People who are ashamed of their bodies, have curiosity about other people’s bodies. So if you want to see a naked body tomorrow, look at yourself in the mirror rather than my clip.”