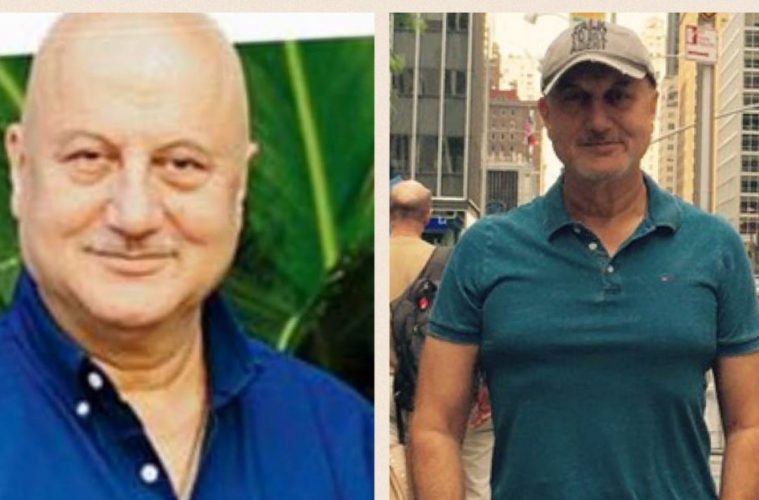 Anupam Kher’s Shocking Transformation Will Give you Indefinite Fitness Goals!

The veteran Bollywood actor, Anupam Kher, who has been working out for more than a year shared his transformation photo on Twitter and it is going viral.

Weight loss & fitness has a lot to do with your ‘WILL’ to do so. One year result. Here is a Before & After pic.:) pic.twitter.com/SykDApjyuT

The 61-year-old actor lost 14 kgs. He wrote “Weight loss and fitness has a lot to do with your ‘will’ to do so. One year result. Here is a Before and After picture.” Mr. Kher took the opportunity to thank his fitness trainer Anthony Jadhav, who the actors said is an inspiration and task master.

The ‘Sarfarosh’ actor also thanked his friends Anil Kapoor, Akshay Kumar, Salman Khan and dietician Rujuta Diwekar who inspired him to be fit.

As soon as Anupam Kher posted his transformation photo, a huge number of compliments started to pour from his fans and admirers. Many from Bollywood fraternity too, congratulated Kher for looking fab and fit.

All your hard work & dedication is paying off my friend! You look phenomenal! @AnupamPkher https://t.co/ZIcUqXi5Ff

Yaar yeh galat baat hai!! I was to show my body in d film n now i hv competition in @AnupamPkher sir!! Love u sir!! pic.twitter.com/30sFNQL232

Thank you Anupam Kher for being an inspiration for many people out there!