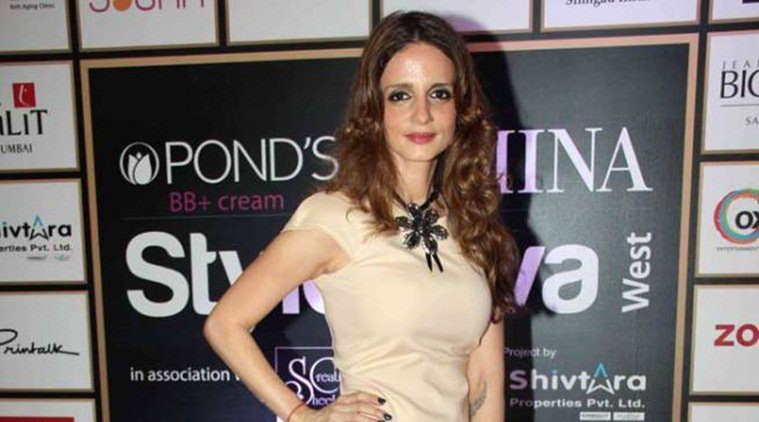 A news media has reported that Sussanne Khan, the former wife of Bollywood superstar Hrithik Roshan, has been booked by Panaji police in an alleged Rs 1.87 crore cheating case by Emgee Enterprises. The real estate firm further alleged that Sussanne has falsely projected herself as an architect to secure the contract with the company.

Sussanne Khan, who is in London right now responded that with the statement released to the media as below-

The said complaint is motivated and preposterous and has been only filed to intimidate me and pressurise me to withdraw the arbitration proceedings initiated by me in the first instance to recover my dues and damages resulting from breach of contract.

She also added that she will give a befitting response to the frivolous complaint,

Such complaints do not scare me. Rather it encourages me to stand up for the truth. The allegations in complaints are false and defamatory and I will take appropriate proceedings in accordance with law.

The complainant earlier said that Emgee Enterprises and Sussanne had signed a written contract in September 2013 “for architectural and designing services” for its Naira Complex being constructed at Siridao in Tiswadi, North Goa. But, Sussanne failed to deliver the project within the time period. Further, the company has alleged that they have found out that Sussanne is not even a registered architect.