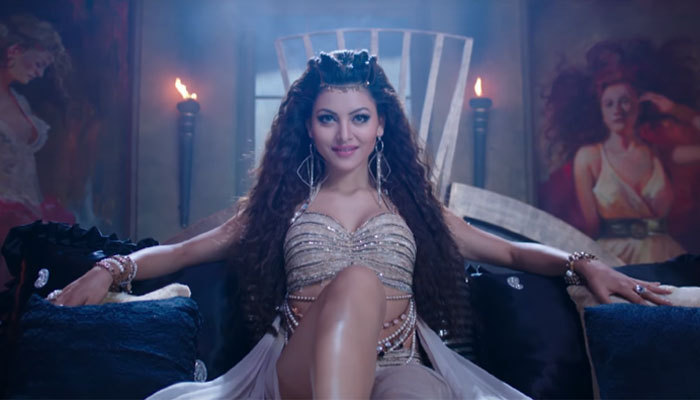 Great Grand Masti actress Urvashi Rautela feels that it is important to impart sex education to children. “I think imparting sex education to children is important. Being a model and an actress I feel we a have a responsibility towards society. We need to create social awareness,” Urvashi told the reporter of TOI at the launch of ‘Sex Chat with Pappu and Papa’ last evening. ‘Sex Chat with Pappu & Papa’ is a 5 part fictional web series that will provide information across different themes related to sex/sexuality. Directed by Ashish Patil it covers topics from masturbation and periods to condoms, pregnancy, and homosexuality. But these topics are shown in a clean style with a lot of humor.

In one of the episodes, Urvashi will be seen endorsing a condom brand. “It’s a short role but I loved the idea of this web series and hence I came on board. Ashish and his team have done a great job with this series. It was need of the hour.” The series is launched in 15 languages. It is dubbed in six Indian languages including Hindi, Tamil, Telugu, Kannada, Malayalam and Bengali. And also subtitled in ten International languages including English, Chinese, French, Dutch, Spanish, German, Bahasa, Malay and Thai.

The web series features Anand Tiwari, Kabir Sajid, TV star Sanjeeda Shaikh and veteran Sachin Pilgaonkar. The series also marks the directorial debut of Ashish Patil, Head of Y-Films. “I must thank my writers Gopal Datt and Devang Kakkad for this wonderful informative story. We struggled for six months to get this story. It’s a first fiction series and I am grateful to have such an amazing cast,” Ashish said. Ashish also said that he plans to show this web series ‘Sex Chat with Pappu and Papa’ in schools.